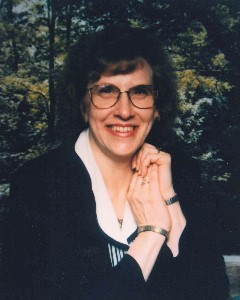 Visitation will be Wednesday, August 10, 2022, from 4:00 P.M.-7:00 P.M. at the Hauser-Hantge Funeral Chapel in Fairfax and will continue one hour prior to the service at the church on Thursday.

Marlys Emma Boyum was born on September 9, 1946, in Hutchinson, Minnesota. She was the daughter of Luverne and Ruth (Schiro) Krueger. Marlys was baptized as an infant and was later confirmed in her faith as a youth at St. John’s Lutheran Church in New Ulm, Minnesota. She received her education in Winthrop, Minnesota.

On June 11, 1966, Marlys was united in marriage to Wayne “Rusty” Russell Boyum in Winthrop, Minnesota. After their marriage, the couple moved to Redwood Falls and later to Sioux Falls, South Dakota, New Ulm, Faribault then moving back to Fairfax in 1975. They were blessed with three sons, Richard, Randall and Russell. She waitressed at 4-19 Cafe in Fairfax, drove a school bus in New Ulm, assembled at ADC in Fairfax. Marlys and Wayne owned Boyum's Insurance Agency in Fairfax, and she setup store displays for National In-Store, retiring in 2016. Marlys and Wayne shared 27 years of marriage, when Wayne passed away on October 5, 1993.

Marlys enjoyed old time dancing, playing cards, sewing, and traveling. She cherished the time she spent with her family, especially her children and grandchildren.

Marlys passed away on Thursday, August 4, 2022, at Prairie Senior Cottages in Hutchinson at the age of 75 years. Blessed be her memory.