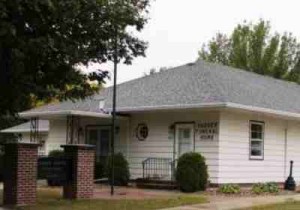 Caring For The Special Needs of the Fairfax,
Franklin and Gibbon Communities 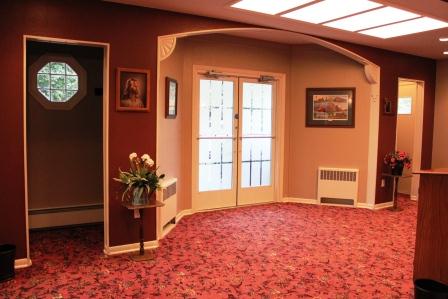 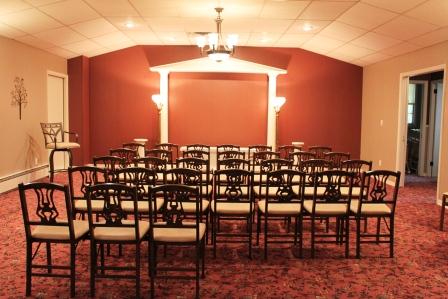 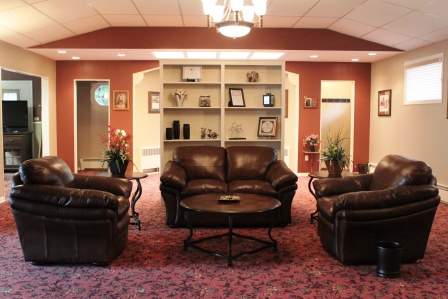 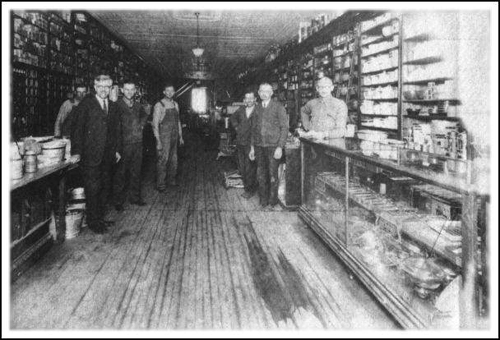 Hauser’s began as a lumber company, furniture and hardware store. Hauser’s operated in Gibbon, Franklin, Sleepy Eye and Fairfax. In the past, it was very common for furniture stores to also operate the funeral business, just as Hauser’sdid. This was done mainly because the furniture store could purchase coffins from furniture manufactures.

Otto Reinke was the first mortician in Fairfax. Otto assisted with Hauser’s other trades, in conjunction with being the mortician. At this time the funeral business was located in the back of the furniture store. When there was a death in the community, the body would be brought uptown to Hauser’s Store to be prepared for the service. Preparations for a funeral would include pushing all the furniture to the front of the store, pulling a blue velvet curtain to set up what was known as the Slumber Room in the rear of the furniture store. 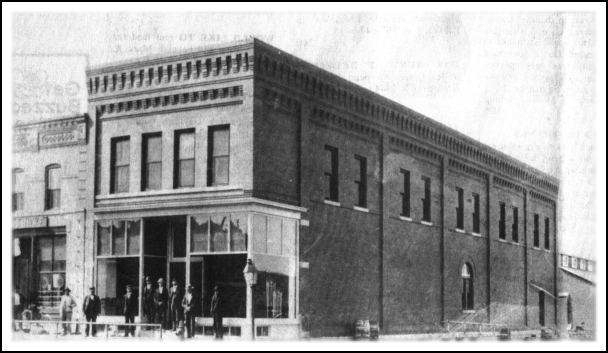 Don Boetzer and Milton Quast followed Reike as resident morticians for Hauser’s. In July of 1945, Cy Thompsonjoined Hauser’s. Cy operated the funeral business out of the back of the furniture store for ten years. In January of 1955, the current funeral home was built at 601 South Park Street, where Cy and his wife, Evelyn also lived. In 1957,Gene Blumhoefer joined Cy and is still with Hauser’s Lumber and Hardware and also an important part of the funeral home today.

In May of 1996, the Hantge family purchased the Hauser Funeral Home. Everett, Robert and Richard Hantge along with Liz Andersen and Gene Blumhoefer continued to serve Fairfax and the surrounding communities. Recently there have been many positive changes including remodeling, handicapped accessibility and a commitment to excellence in service to our community. Liz Andersen retired from funeral service in early 2010. Since then, Terry Wiedl,  Kelly Roberts and Alicia Toutges have continued our committment to excellence in service to Fairfax and the surrounding communities. 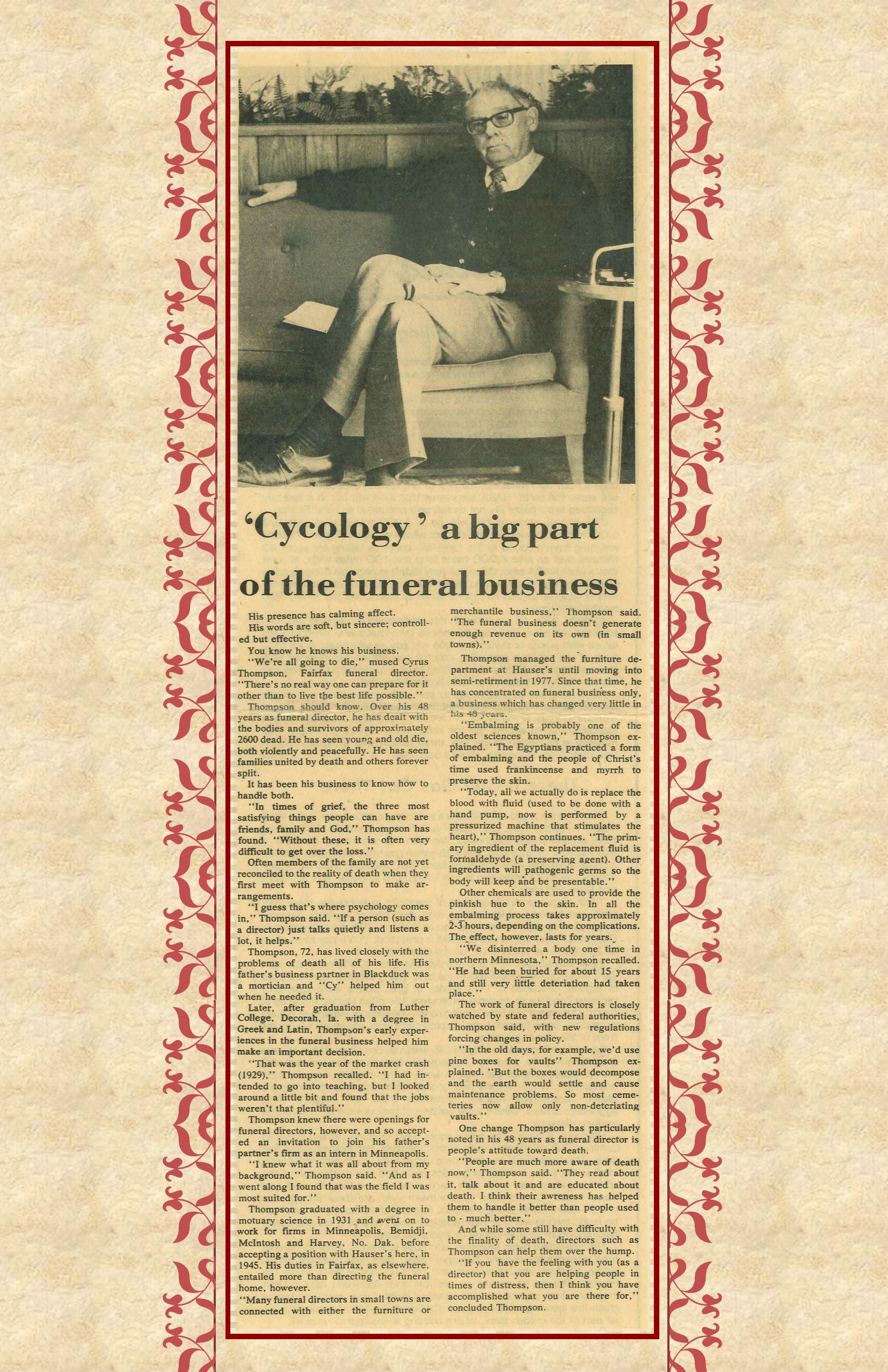