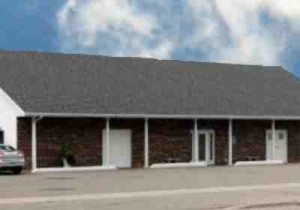 Caring For The Special Needs of the Glencoe, Plato, New Auburn and Biscay Communities 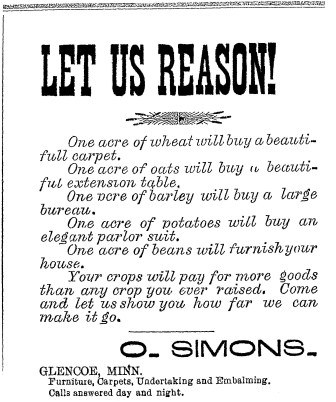 The role of funeral service in Glencoe, Minnesota, can be traced back to 1892 when Orlando Simons started O. Simons Star Furniture Store. His advertisements claimed “37 years in Glencoe and 11 years in Business.” His advertisement in the Glencoe Enterprise newspaper on October 6, 1898, stated “Furniture, Carpets, Undertaking and Embalming. Calls answered day and night.” During this time, it was a common practice for those who were associated with furniture-making to also be involved in funeral service, due to the fact that furniture-makers could also make caskets. In 1896, O. Simons handled the Sheriff Rogers murder case which was a high profile murder case in McLeod County during that time. 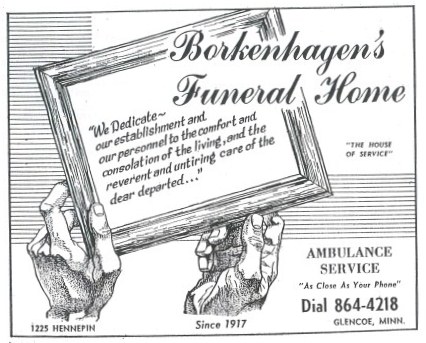 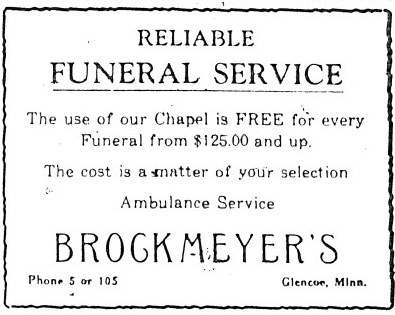 At one point during the 1940s, the Glencoe community was home to four funeral homes. In addition to Borkenhagen funeral home and the Brockmeyer and Lykin funeral home, P. Seifert and J. Seifert opened a funeral home in Glencoe for about 10-12 years. Furthermore, Houston H. Franks rearranged and remodeled his home at 1330 Greeley Ave in Glencoe into a funeral home. Mr. Franks also had an office and upholstering shop at a different location. 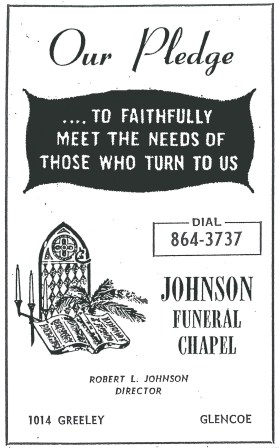 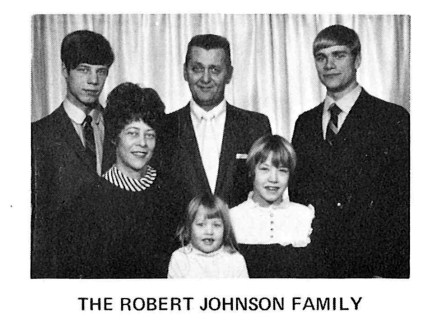 In 1960, Bob Johnson bought the Fitch Funeral Chapel on 1014 Greeley Avenue and started Johnson Funeral and Ambulance Service. A short while later, Ron Carlson entered funeral service in Glencoe by purchasing Borkenhagen’s Funeral Home and continued running the business from the 1227 Hennepin Avenue location, until he sold the business to Bob Johnson in 1965. At that time, Bob Johnson combined his two funeral homes into one funeral business at the 1227 Hennepin Avenue location. 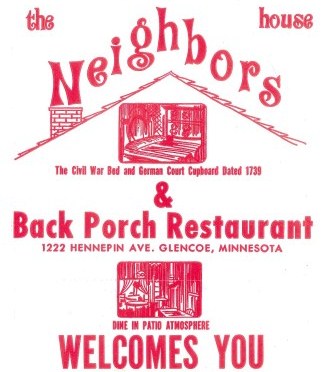 Ad for the Neighbors House and Back Porch Restaurant 1973 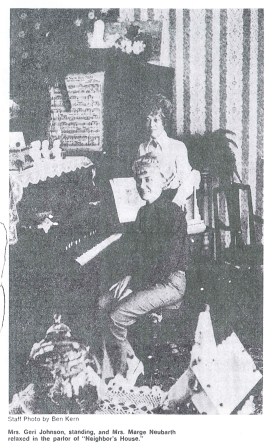 Inside of the Neighbors House

In 1970, Bob Johnson bought the current 1222 Hennepin Avenue location which was the previous Haukos Brothers Harvester Implement Dealership. Haukos Brothers moved to its present location on Highway 22 just outside of Glencoe. In 1971, Mrs. Bob Johnson made the old dealership into a market place area for crafts and antiques and called it the “Neighbor’s House.” They also had a little restaurant at that location called “The Back Porch.” In 1975, Bob Johnson remodeled the 1222 Hennepin Avenue location into the funeral home it is today.

Bruce McBride, a native of Windom, Minnesota, graduated with the University of Minnesota Mortuary Science Class of 1974. He worked for the Hamlin-Hansen Funeral Home in Moose lake, Minnesota until 1977, when he and his wife, Suzanne purchased the Johnson Funeral Chapel in Glencoe, Minnesota. The funeral home was then renamed to the Johnson-McBride Funeral Home. In 1993, Bruce and Suzanne expanded their business and purchased the Paul Funeral Homes in Norwood Young America and Lester Prairie.

In December of 2009, Bruce and Suzanne McBride of Glencoe, and Robert and Richard Hantge of Hutchinson, merged their funeral operations. The Hantges, as new owners, retained the McBrides, who have remained active in the operation of the business. The Hantges also retained all McBride’s staff and the name of the chapel remained the same.