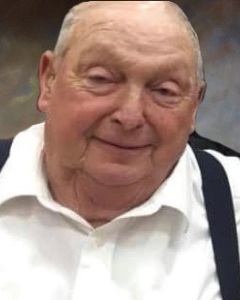 Al Collins, age 83, husband of JoAnn, of Winthrop passed away Tuesday, May 3, 2022, at Glencoe Regional Health in Glencoe.

Funeral Service will be Wednesday, May 11, 2022, 11:00 A.M. at First Evangelical Lutheran Church in Winthrop with interment in the Winthrop Cemetery.

Visitation will be Tuesday, May 10, 2022, from 4:00 P.M.-7:00 P.M. at the Dalin-Hantge Funeral Chapel in Winthrop. Visitation will continue one hour prior to the service at the church on Wednesday.

Al enjoyed many things in life from traveling to see family, farming, milking cows, and mowing the yard.  Al enjoyed mostly being with his family and enjoying special events with them.