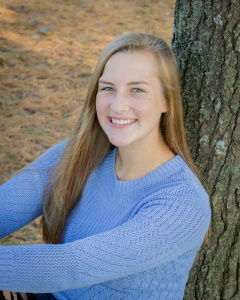 Arianna Mae Vos was born on June 27, 2002, in Little Falls, Minnesota. She was the daughter of Joel and Deirdra (Juilfs) Vos. Arianna was baptized as an infant on July 21, 2002, at St. Stephen Catholic Church in St. Stephen, Minnesota, and later confirmed in her faith as a youth on October 8, 2017, at St. Anastasia Catholic Church in Hutchinson, Minnesota. She started her education at Sartell-St. Stephen, moving to Hutchinson in 6th grade and was a Cum Laude Honors graduate with the Hutchinson High School class of 2020. Arianna had completed her Sophomore year at Minnesota State University in Mankato, Minnesota, pursuing a degree in Zoology.

Arianna was employed at FedEx and Pet Expo in Mankato. She was a member of St. Anastasia Catholic Church and was also active in the youth group at Faith Lutheran Church. While at college in Mankato, she was active in Catholic Mavs and Cru as her faith was very important to her.

While in high school Arianna enjoyed playing softball, volleyball, and playing clarinet in the high school band. She enjoyed stargazing, sunsets, hammocking, Twins games, playing Fortnite, and recently taught herself how to knit. She had a love for animals and especially enjoyed her two snakes, Alfredo and Tartar Sauce, her geckos, Beans and Clementine, and had a special bond with her dog, Piper. Arianna especially enjoyed spending time with her family and friends.