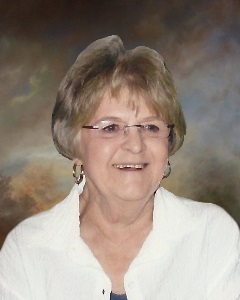 Memorial Service will be Monday, November 28, 2022, 11:00 A.M. at the Hauser-Hantge Funeral Chapel in Fairfax with interment in St. Andrew’s Catholic Cemetery at a later date.

Gathering of Family and Friends will be Monday, November 28, 2022, one hour prior to the service at the chapel.

Barbara Ann Heyer was born on June 9, 1939, in Fairfax, Minnesota. She was the daughter of Kenneth and Sara (Ryan) Hess. Barbara was baptized as an infant and was later confirmed in her faith as a youth, both at the United Methodist Church in Fairfax. She received her education in Fairfax and was a graduate of the Fairfax High School class of 1957.

On September 17, 1957, Barbara was united in marriage to David Gerardy at St. Andrew’s Catholic Church in Fairfax. After their marriage, the couple resided in Fairfax. The couple was blessed with two children, Mark and Lisa. Barbara and David shared 17 years of marriage when David passed away on May 30, 1975.

On August 7, 1976, Barbara was united in marriage to Stanley Wolterman at St. Andrew’s Catholic Church in Fairfax. They shared three years of marriage when Stanley passed away on October 28, 1979.

Barbara was a resident of Fairfax, Cosmos and most recently Hutchinson. Barbara was employed at Roy’s Red Owl in Fairfax, managed the Tom Thumb in Hector, worked at the 4/19 Café in Fairfax, Clobes Restaurant, cleaned at Hutch Tech and residences in Hutchinson.

Barbara enjoyed raising flowers, reading, her dog, Lacy, listening to music and watching TV, especially old sitcoms and westerns. She cherished the time she spent with her children, grandchildren and great grandchildren.

Barbara passed away on Sunday, November 20, 2022, at Abbott Northwestern Hospital in Minneapolis at the age of 83 years. Blessed be her memory.