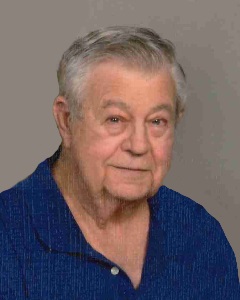 Clarence “Roger” Becker, age 81, of Fairfax passed away Sunday, May 1, 2022, at Bethesda Grand in Willmar, Minnesota.

Funeral Service will be Saturday, May 7, 2022, 10:30 A.M. at St. John Evangelical Lutheran Church in Fairfax with interment in the church cemetery.

Clarence “Roger” Becker was born on June 27, 1940, in Truman, Minnesota. He was the son of Clarence and Rose (Breithbarth) Becker. Roger was baptized as an infant and was later confirmed in his faith as a youth. He received his education Fairfax and was a graduate of the Fairfax High School Class of 1958.

In 1958, Roger entered active military service and served his country in the United States Army in Okinawa, Japan. He was Honorably Discharged in 1961.

On June 23, 1961, Roger was united in marriage to Shirley Schroeder at St. John Evangelical Lutheran Church in Fairfax. After their marriage, the couple resided in Fairfax. This marriage was blessed with four children. Roger was owner and operator of Becker Motors in Fairfax, worked at Bergeron Construction in Owatonna and R&G Mathiowetz Construction in Marshall as a heavy equipment operator, until his retirement. Roger and Shirley shared 59 years of marriage when Shirley passed away on July 5, 2020.

Roger was a member of St. John Evangelical Lutheran Church in Fairfax.

Roger enjoyed his pets, Nikki and Maddie; woodworking, making toys and cabinets; his fruit trees, gardening and taking care of the farm animals. His love of woodworking was passed down thru generations. He was the best grandpa; he loved his grandchildren more than anything. Roger would point out all the ditches that he dug out while on drives with him and his lifelong friends throughout the years while he was on the road. He cherished the time spent with his children, grandchildren, great-grandchildren and other family. His passion was his work.

Roger passed away on Sunday, May 1, 2022, at Bethesda Grand in Willmar, Minnesota, at the age of 81 years. Blessed be his memory.