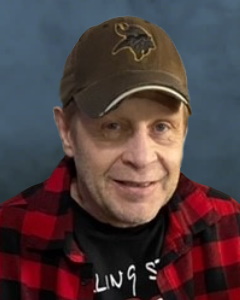 Memorial Service will be held Thursday, January 13, 2022, at 7:00 P.M. at the Johnson-McBride Funeral Chapel in Glencoe, MN.

Craig worked at 3M Manufacturing in Hutchinson, Minnesota for over 10 years. He was blessed with a daughter, Brianna Giese. Craig was a member of First Evangelical Lutheran Church in Glencoe, Minnesota. Craig enjoyed hunting, fishing, and driving his motorcycle when he was younger. He greatly cherished the time he spent with his daughter, Brianna, and going out to eat and talking. Craig enjoyed spending time with his grandchildren. He also enjoyed cheering on the Minnesota Vikings. He loved sitting on his deck or at the kitchen table listening to music, classic rock was his favorite.

Craig was preceded in death by both sets of Grandparents.