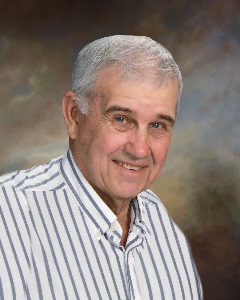 Dennis Weitzenkamp, age 79, husband of Karen,  of Winthrop passed away Tuesday, September 20, 2022, at his farm in rural Winthrop.

Funeral Service will be Monday, September 26, 2022, 11:00 A.M. at the Evangelical Covenant Church in Winthrop with interment in the Winthrop Cemetery.

Visitation will be Sunday, September 25, 2022, from 4:00 P.M.-7:00 P.M. at the Dalin-Hantge Funeral Chapel in Winthrop and will continue one hour prior to the service at the church on Monday.

Dennis Duane Weitzenkamp was born on February 18, 1943, in New Ulm, Minnesota. He was the son of Arthur and Dorothy  (Peterson) Weitzenkamp. Dennis was baptized as an infant and was later confirmed in his faith as a youth. He received his education in Winthrop and was a graduate of the Winthrop High School Class of 1961. Dennis furthered his education for two years at Mankato State University in Mankato.

On August 9, 1985, Dennis was united in marriage to Karen C. (Kienlen) Malecek at Sacred Heart Catholic Church in Franklin. After their marriage, the couple farmed in Transit Township, Sibley County, Minnesota. In 1998, they moved into Winthrop and Dennis continued to farm. Dennis and Karen shared 37 years of marriage.

Dennis was a member of the Evangelical Covenant Church in Winthrop, the American Legion Post #314 and VFW Post #4078 in Winthrop.

Dennis enjoyed farming, watching sports, playing cards, bowling, traveling with family, driving truck and wintering in Florida. He cherished the time he spent with his children, especially his grandchildren and great-grandchildren.

Dennis passed away suddenly at his farm in rural Winthrop on Tuesday, September 20, 2022, at the age of 79 years. Blessed be his memory.