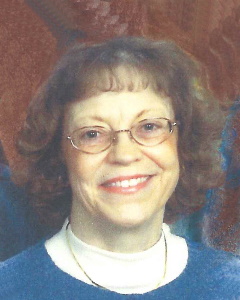 Diane I. Kulberg, age 71, of rural Cosmos, Minnesota, passed away on Thursday, January 19, 2023, at her home in Brookfield Township.

Funeral Service will be held Monday, January 23, 2023, at 1:00 P.M. at Trinity Lutheran Church in Brookfield Township, Minnesota with interment in the church cemetery.

Visitation will be held on Sunday, January 22, 2023, from 4:00-6:00 P.M. at Hughes-Hantge Funeral Chapel in Hector, Minnesota, and will continue one hour prior to the service at the church.

Diane Ida (Hagstrom) Kulberg was born on November 15, 1951, in Hutchinson, Minnesota. She was the daughter of Hilmer and Cora (Rueckert) Hagstrom. Diane was baptized as an infant on December 9, 1951, and was later confirmed in her faith as a youth on May 2, 1965, both at Trinity Lutheran Church in Brookfield Township, Minnesota. Diane grew up in rural Brookfield Township and attended school in Buffalo Lake, Minnesota, graduating in 1969. Following graduation, Diane was employed at Tonka Toys Inc in Mound, Minnesota, and at 3M in Hutchinson.

Diane was united in marriage to Dale Lee Kulberg on January 22, 1972, at Trinity Lutheran Church in Brookfield Township. This marriage was blessed with three daughters, Brenda, Anita, and Amy. Diane and Dale lived in Long Beach, California until fall of 1973 when Dale was discharged from the U.S. Navy. They moved back to Minnesota and bought a farm site southeast of Cosmos. Together they farmed from 1974 until 2013. They shared 46 years of marriage until Dale passed away on October 5, 2018.

Diane was a lifelong member of Trinity Lutheran Church serving as an organist for many years, being active in the work of the women of the ELCA, teaching Sunday School and Bible School. She enjoyed sewing, cooking, and baking for her family. Diane had a fondness for her cats, Reba McEntire, watching the Minnesota Vikings and old-time TV shows, especially Andy Griffith. After retirement, she liked to spend time at their lake home on Sullivan Lake near Pierz, Minnesota. Diane enjoyed helping her daughters whenever there was a need, spending time with her family, especially the grandkids, and being with friends are things she truly loved.

Diane passed away on Thursday, January 19, 2023, at her home in Brookfield Township, at the age of 71 years.

May the Lord bless her memory among family and friends.