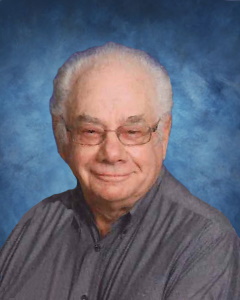 Memorial Service will be held Saturday, November 26, 2022, at 11:00 A.M. at Faith Lutheran Church in Hutchinson with interment in Zion Lutheran Cemetery in Buffalo Lake, Minnesota.

Donald Paul Rath was born on July 4, 1935, in Buffalo Lake, Minnesota. He was the son of Paul and Emma (Rath) Rath. Donald was baptized as an infant and later confirmed in his faith as a youth at Zion Lutheran Church in Buffalo Lake. He received his education in Buffalo Lake, and was a graduate of the Buffalo Lake High School Class of 1953.

Donald entered active military service in the United States Army on March 18, 1957, and served his country during Peacetime in Germany, where he met his future wife, Renate. He received an Honorable Discharge on September 15, 1959, at Fort Sheridan in Illinois, and achieved the rank of Corporal.

On May 22, 1959, Donald was united in marriage to Renate Meier at the courthouse in Erlangen, Germany, and then also at the Army Chapel in Erlangen. This marriage was blessed with three children, Gerald, Patricia and Michael. Donald and Renate resided in Buffalo Lake from 1959 to 1965, and later moved to Hutchinson, Minnesota. They shared 61 years of marriage until Renate passed away on May 2, 2021.

Donald worked in production at 3M for 31 years until he retired in 1994. Donald was an active member of Faith Lutheran Church in Hutchinson and volunteered with the church newsletter.

Donald enjoyed the outdoors, going hunting, fishing and walking his dogs. He also enjoyed listening to polka music and after his retirement he taught himself to play the concertina which he did very well. He especially enjoyed spending time with his family, grandchildren, great grandchildren and friends.

Donald passed away on Wednesday, November 2, 2022, at Hutchinson Health in Hutchinson, at the age of 87 years.