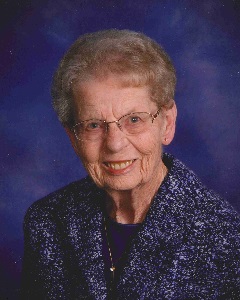 Funeral Service will be Tuesday, January 31, 2023, 11:00 A.M. at First Evangelical Lutheran Church in Winthrop with interment in the Winthrop Cemetery.

Donna Mae Stuber was born on January 8, 1934, in Cornish Township, Sibley County, Minnesota, to Alvin and Myrtle (Lickfett) Anderson. She was baptized and confirmed at Clear Lake Church, and was a graduate of Gibbon High School.

After meeting the love of her life, Norville Stuber, at a dance at the Gibbon Ballroom, Donna and Norville were united in holy matrimony on March 14, 1953, at First Evangelical Lutheran Church in Winthrop. Donna and Norville began their 56 years together in Winthrop, Minnesota, during which time they welcomed two children. As a family they relocated to Le Sueur, Minnesota, and Donna began working for Green Giant, where she worked for 22 years. Upon retirement, the Stuber’s life-long dream of living by a lake became a reality when they moved to Lake Mille Lacs, and only after many wonderful years of lake life returned home to Winthrop, Minnesota.

No matter where Donna called home, she found joy in family, friends, home and community. Donna enjoyed spending time with family, whether it was traveling with Norville, hearing about her children’s and grandchildren’s adventures, or going on shopping trips to some of her favorite stores. Donna valued her friendships and was always up for a cup of coffee or friendly card game. She took pleasure in spending time tending to her flowers, reading, and watching Wheel of Fortune, Hallmark movies (always liking the happy endings), and Vikings football games (she was thrilled they made it to the playoffs in the 2022 season). Additionally, Donna was involved with her church and other volunteer activities and she prioritized being an active part of her community.