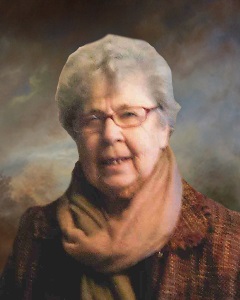 Dorothy Boettcher, age 91, of Maple Lake formerly of Gaylord passed away on Sunday, January 22, 2023, at her home in Maple Lake, Minnesota.

Funeral Service will be Friday, January 27, 2023, 11:00 A.M. at St. Paul’s Lutheran Church in Gaylord with interment in the church cemetery.

Visitation will be will be one hour prior to the service on Friday.

On January 11, 1932, Dorothy Ann (Groehler) Boettcher was born to Raymond and Rose (Becke) Groehler. Dorothy was baptized as an infant and was later confirmed in her faith as a youth, both at Zion Evangelical Lutheran Church in Winthrop. She received her education in Winthrop and was a graduate of the Winthrop High School. Dorothy  furthered her education at Mankato State College. This beautiful girl began her career as a rural country school teacher.

Not long after, she met her future husband, Harvey Boettcher, at a family wedding. Dorothy and Harvey were married on December 15, 1950, at Zion Evangelical Lutheran Church in Winthrop. They lived and worked on the family farm in Transit Township, Sibley County, Minnesota, until Harvey’s death in November of 1996. They were blessed with two children, Jennifer Rose and Anthony Martin. She was a loving mother and homemaker. Dorothy and Harvey shared 45 years of marriage when Harvey passed away on November 28, 1996.

Dorothy enjoyed farming and being a farmer’s wife; especially the crops, animals and her garden. She was a can-do person. Dorothy cherished the time she spent with her grandchildren and great-grandchildren.