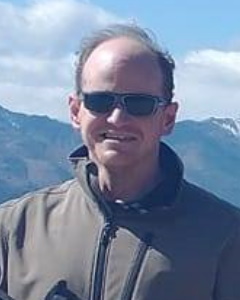 Eric A. Tonn, age 36, of Hutchinson, Minnesota, passed away on Friday, July 29, 2022, at Hennepin County Medical Center in Minneapolis, Minnesota.

Memorial Service will be held on Saturday, August 13, 2022, at 10:30 A.M. at Dobratz-Hantge Funeral Chapel in Hutchinson.

Eric Anthony Tonn was born on July 30, 1985, in Rancho Cordova, California. He was the son of Michael and Christina (Ewald) Tonn. Eric was baptized as an infant at the Base Chapel at Mather Air Force Base in Mather, California. His family moved to several locations before settling in Hutchinson, Minnesota, in 1999. Eric was a graduate of the Hutchinson High School Class of 2003. He furthered his education at Ridgewater Technical College in Hutchinson and received a degree in Network Administration.

Eric was employed at 3M in Hutchinson. He had a strong work ethic and didn’t mind working overtime if needed. Eric recently bought a home north of Hutchinson and enjoyed the peace and tranquility of country living near the lake.

Eric had a zest for adventure. He enjoyed computers, music, motorcycles, snowmobiles, and shooting various firearms. Eric also enjoyed traveling to places that he had never been to. He especially enjoyed spending time with his family and friends. Eric was usually quiet at first meeting. You knew you had a friend when Eric became comfortable around you and opened up.

Eric passed away on Friday, July 29, 2022, at Hennepin County Medical Center in Minneapolis, Minnesota, at the age of 36 years.

Eric is preceded in death by his Grandparents, Raymond and Marie Ewald and Marvin and Mabel Tonn; Aunt, Roselyn Ewald.