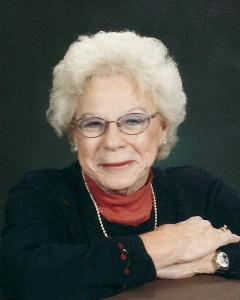 Funeral Service will be held on Friday, May 13, 2022, at 11:00 A.M. at St. Paul’s Lutheran Church in Hector, Minnesota, with interment at a later date in the Hector City Cemetery in Hector.

Eunice Jeanne Musel Ahlbrecht was born January 11, 1930, to Howard and Gertrude Musel. She spent her youth in Hector, Minnesota. Eunice was an only child, but was blessed with many cousins. She was married to William Kubesh on February 11, 1950. They had two children, Jeanne and Terry. The marriage did not last long and after her divorce, she married Harlan Ahlbrecht on June 14, 1954. They had a son, Joel. She was a great mother and was proud of her children. In addition to her work for the family, she volunteered as a Brownie leader and had part-time jobs here and there that she enjoyed.

Eunice was always adventuresome. She lived in Minnesota, Texas, Florida, and Arkansas at various times. Her favorites were the woods in Minnesota and the Gulf Coast in Florida. Eunice loved the animals in the woods and the sound of the waves on the coast. She made friends wherever she went. Eunice never met a stranger.

Eunice had 5 grandchildren who she adored – Lisa, Jeremy, Christopher, Tracie, and Sarah. She spent a lot of time with them taking them on adventures and having fun. There were trips, go-carts, and campfires. Eunice was the best grandmother ever.

Eunice loved animals. She had an array of animals – Tuffy, Charlotte I, Bowser, Nina, Bonita (Bunny), Charlotte II, Molly, Freddie and Thursday, the deer. She was sad when she was no longer able to provide a home for a pet.

In her later years, she moved back to Minnesota and lived with Jeanne for a while. She missed her friends, so she returned to Hector and lived on the farm where she had spent so much time. Eunice moved to Prairie View for the last few years of her life. She valued friendship, fun, and independence. Eunice will be missed by all who knew her and loved her.

Eunice passed away on Thursday, April 28, 2022, at Hutchinson Health in Hutchinson, at the age of 92 years. She spent her last few days with her Minnesota family retelling stories, laughing, and making new memories.