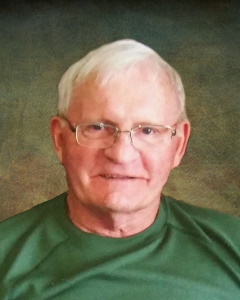 Mass of Christian Burial will be held on Friday, January 27, 2023, at 11:00 A.M. at St. Anastasia Catholic Church in Hutchinson, with interment at a later date in Calvary Cemetery in Litchfield, Minnesota.

Gathering of Family and Friends will be held Thursday, January 26, 2023, from 5:00 P.M. to 7:00 P.M. at Dobratz-Hantge Funeral Chapel in Hutchinson and will continue one hour prior at the church.

On October 25, 1958, Gayle was united in marriage to Arlene Bryant at Saint Patrick Catholic Church in Kandiyohi, Minnesota. This marriage was blessed with five children. Gayle and Arlene resided in Hutchinson, Minnesota. They shared 56 years of marriage until Arlene passed away on July 25, 2015.

Gayle was employed at 3M in Hutchinson for 30 years before retiring in 1997. Gayle was a member of St. Anastasia Catholic Church in Hutchinson.

Gayle passed away on Tuesday, December 27, 2022, at Harmony River Living Center in Hutchinson, at the age of 85 years.