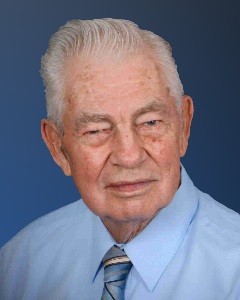 Iven August Alsleben was born on March 2, 1933, at his family’s farm near Green Isle, Minnesota. He was the son of Charles and Ella (Winter) Alsleben. Iven was baptized as an infant on April 7, 1933, at Zion Lutheran Church in Arlington, Minnesota. At the age of five, he moved to the farm five miles south of Hutchinson.  He was confirmed in his faith as a youth on March 30, 1947, at Peace Lutheran Church in Hutchinson. He received his education at Country School District #73 in Rural Hutchinson.

Iven entered active military service in the United States Army on May 1, 1953, in Minneapolis, Minnesota, and served his country during the Korean War. On October 16, 1953, Iven enrolled in parachute school and became a qualified parachutist. He received an Honorable Discharge on April 25, 1955, at Transfer Station Fort Lewis, Washington. Iven achieved the rank of Corporal (CPL T). He was honored with Parachutist’s Badge, National Defense Service Medal, United Nations Service Medal, and Korean Service Medal.

On July 27, 1960, Iven was united in marriage to Dorothy Schmidt (Ulrich) in Mason City, Iowa. This marriage was blessed with two step children, Teresa and Warren.  Iven and Dorothy resided in rural Silver Lake. They shared almost 56 years of marriage.

Iven passed away peacefully on Saturday, July 2, 2016, at his home in Silver Lake, Minnesota, with his family at his side, at the age of 83 years.