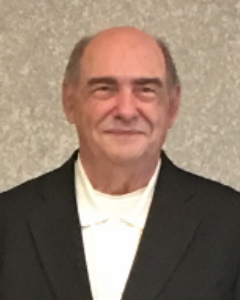 Memorial Service will be held on Saturday, September 24, 2022 at 11:00 A.M. at Dobratz-Hantge Funeral Chapel in Hutchinson, with interment in St. Anastasia Catholic Cemetery in Hutchinson.

James Joseph Blommer was born on July 18, 1942, in Waite Park, Minnesota. He was the son of Louis and Victoria (Dehler) Blommer. James was baptized as an infant and later confirmed in his faith as a youth. He received his education in St. Cloud, Minnesota, and was a graduate of the St. Cloud Technical High School Class of 1960.

James entered active military service in the United States Navy on March 12, 1964, at Saint Cloud, Minnesota and served his country during the Vietnam Conflict. He received an Honorable Discharge on April 1, 1966, from the USS Boston (CAG-1), and achieved the rate of Navy Fireman.

James was employed in the production department at 3M. He retired in October 2020. James was a member of St. Anastasia Catholic Church in Hutchinson, Minnesota. He was also a member of Hutchinson American Legion Post 96.

James passed away on Thursday, August 11, 2022, at Methodist Hospital in St. Louis Park, Minnesota, at the age of 80 years.

James is survived by his:

Donny Blommer and his wife, Mary of Anchorage, AK,

Many other relatives and friends.