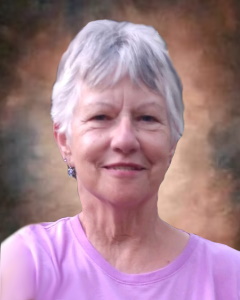 Memorial Service will be held on Saturday, October 2, 2021, at 10:00 A.M. at Dobratz-Hantge Funeral Chapel in Hutchinson.

Joan Helen Davis was born on October 7, 1947, in Litchfield, Minnesota. She was the daughter of Elmer and Genevieve (Arnold) Lies. Joan was baptized as an infant and later confirmed in her faith as youth, both in Eden Valley, Minnesota. She received her education in Eden Valley and was a graduate with the Eden Valley High School class of 1965.

On June 3, 1967, Joan was united in marriage to Dwayne Davis in Eden Valley. This marriage was blessed with four children, Robert, Jodi, Steve, and Sara. Joan and Dwayne resided in Hutchinson, Minnesota. They shared 54 years of marriage.

Joan was currently employed at Walmart in Hutchinson. She was previously employed at Minnesota Mining and Manufacturing in Hutchinson and as a Head Housekeeper at St. Luke’s Hospital in Ronan, Montana. She was also employed as a nursing assistant at both Wood Dale & Sunwood Nursing Homes in Redwoods Falls, and Sterling House in Owatonna.

She loved camping and fishing, spending most of her time at the Crow Wing Campground in Brainerd, Minnesota. When Joan wasn’t camping, she enjoyed spending time with her grandchildren and gardening.

Joan is preceded in death by her Parents, Elmer and Genevieve Lies; Brother, Jim Lies.