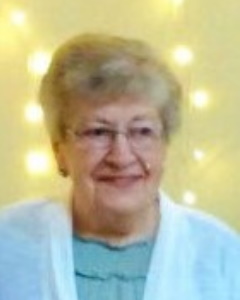 Judith Louise Radunz was born on June 25, 1939, in Hutchinson, Minnesota. She was the daughter of Walter and Florence (Kallath) Luedtke. Judy was baptized as an infant on July 25, 1939, and later confirmed in her faith as a youth on May 24, 1953. She received her education in Hutchinson and was a graduate with the Hutchinson High School class of 1957.

On July 11, 1959, Judith was united in marriage to Bruce Radunz at Immanuel Lutheran Church in Acoma Township, McLeod County, Minnesota. This marriage was blessed with 4 children, Mark, Larry, Paul, and Sarah. Bruce and Judy resided and farmed on a family century farm Northwest of Hutchinson, in Acoma Township. They shared 53 years of marriage.

Judy enjoyed volunteering at church and doing genealogy research. She especially enjoyed spending time with her family, grandchildren and friends.

Judy is preceded in death by her Husband, Bruce Radunz; Son, Mark Radunz.