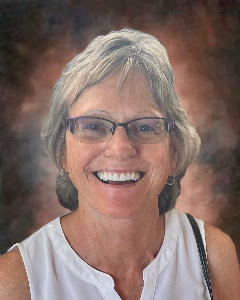 Funeral Service will be held Monday, January 23, 2023, at 11:00 A.M. at St. John’s Lutheran Church in Cedar Mills, Minnesota, with interment in the church cemetery.

Visitation will be held on Sunday, January 22, 2023, from 3:00-6:00 P.M. at Dobratz-Hantge Funeral Chapel in Hutchinson, Minnesota, and will continue one hour prior to the service at the church.

Julie Lynn Flann was born on February 18, 1961, in Hutchinson, Minnesota. She was the daughter of Joseph and Helen (Janke) Murphy. Julie was baptized as an infant and later confirmed in her faith as a youth at Peace Lutheran Church in Hutchinson. She received her education in Hutchinson, and was a graduate of the Hutchinson High School Class of 1979.

On November 3, 1979, Julie was united in marriage to Rod Flann at Peace Lutheran Church in Hutchinson. This marriage was blessed with two children, Sarah and Mat. Julie and Rod lived near Hutchinson for a short time after their marriage and then moved out to the country near Cosmos, Minnesota. They shared 43 years of marriage.

Julie enjoyed cooking and baking with her granddaughters, spending time at the lake, reading, going for walks and bike rides, playing cards and games, and hosting for her family.

Julie was called home to heaven on Wednesday, January 18, 2023, after a two and a half year battle with cancer. She was a fighter and had always remained positive throughout her journey. Julie’s faith never faltered.