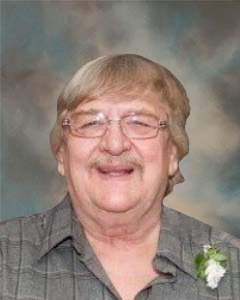 Kenneth “Ken” James Hopp was born on January 12, 1954, in Hutchinson, Minnesota. He was the son of Herman and Myrtle (Pederson) Hopp. Ken was baptized as an infant and later confirmed in his faith as a youth at Trinity Lutheran Church in Brookfield Township, Minnesota. He received his education in Cosmos.

Ken entered active military service in the United States Army on January 29, 1971, at Minneapolis, Minnesota, and served his country during the Vietnam era. He received an Honorable Discharge on October 30, 1973, at Fort Knox, Kentucky, and achieved the rank of Specialist 4.

Ken was employed as a crane operator for Mid Central Steel for 29 years. He was a member of the local 49er’s Union, member of Cosmos American Legion Post 126, and DAV Chapter Hutchinson #37.

Ken enjoyed listening to his classic rock stations, shaking dice with his friends, fishing, and collecting eagles. He especially enjoyed spending time with his family, grandson, and his many friends.

Ken is preceded in death by his Parents, Herman and Myrtle Hopp; Siblings, Curtis “Butch” Hopp and Richard “Dick” Hopp.