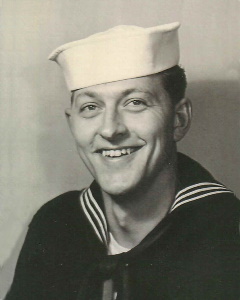 Memorial Service will be held at a later date.

Kenneth Arthur Lovald was born on June 14, 1943, in Tracy, Minnesota. He was the son of Halvor and Alice (Rust) Lovald. Kenneth was baptized as an infant at Milroy Lutheran Church in Milroy, Minnesota, and was later confirmed in his faith as a youth at Zion Methodist Church in Buffalo Lake, Minnesota. He received his education in Buffalo Lake and was a graduate of the Buffalo Lake High School Class of 1961. Ken furthered his education at St. Cloud State University in St. Cloud, Minnesota, where he received a Bachelor of Arts Degree.

Ken entered active military service in the United States Navy on January 26, 1964, in Minneapolis, Minnesota, and served his country during the Vietnam Conflict. He received an Honorable Discharge on November 19, 1965, at USS Long Beach in Norfolk, Virginia, and achieved the rate of Yeoman Third Class.

Ken enjoyed golfing, fishing, and hunting. He especially enjoyed spending time with his family and friends.

Ken is survived by his:
Brother, Roger Lovald and his wife, Darla of Amery, WI;
Nieces and Nephews, Jean Lovald Volkert and her husband, John of Amery, WI,
Julie Lovald Rhoades and her husband, Andrew of Woodbury, MN,
Jon Lovald and his wife, Nicole of Shorewood, MN,
Ryan Lovald of Eagan, MN;
Nine Great-nieces and Great-nephews;
One Great-great-niece;
Sister-in-law, Jill Lovald;
Many other relatives and friends.

Ken is preceded in death by his Parents, Halvor and Alice Lovald; Brother, Arlan Lovald.