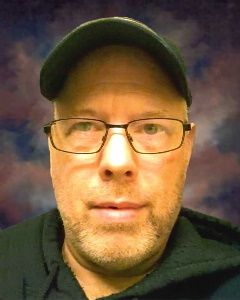 Kevin E. Herrmann, age 60, of Hutchinson, Minnesota, passed away on Tuesday, June 21, 2022, at The Estates at Delano in Delano, Minnesota.

Kevin Edward Herrmann was born on May 15, 1962, in Waconia, Minnesota. He was the son of Edward and Donna (Briesemeister) Herrmann. Kevin was baptized as an infant and was later confirmed in his faith as a youth. He received his education in Glencoe and was a graduate of the Glencoe High School.

Kevin was a member of Christ the King Church in Hutchinson.

When he need assistance with his daily care, Kevin became a resident of the Estates at Delano and passed away there on Tuesday, June 21, 2022, at the age of 60 years. Blessed be his memory.

Kevin was preceded in death by his Parents, Edward and Donna Herrmann.