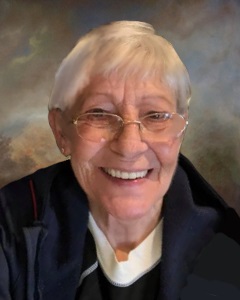 Mary J. Forsberg, age 68, of Hutchinson, Minnesota, passed away on Thursday, May 27, 2021, at the University of Minnesota Medical Center in Minneapolis, Minnesota.

Memorial Service will be held on Monday, June 14, 2021, at 1:00 P.M. at Dobratz-Hantge Funeral Chapel in Hutchinson with interment in the Stockholm Lutheran Cemetery in Stockholm Township, Minnesota at a later date.

Mary Jean Forsberg was born on May 5, 1953, in Hutchinson, Minnesota. She was the daughter of Ray and Alvina (Ziemer) Benton. Mary was baptized as an infant and later confirmed in her faith as a youth. She received her education in Hutchinson and was a graduate with the Hutchinson High School class of 1971.

On May 7, 1977, Mary was united in marriage to Dennis. This marriage was blessed with two children, Kris and Ryan. Mary and Dennis resided in Hutchinson. They shared 39 years of marriage until the passing of Dennis on May 20, 2016.

Mary was employed at Minnesota Mining and Manufacturing in the production department for 34 years.

She enjoyed working with her friends, watching the Minnesota Twins and Vikings, fishing, laying in the sun, reading, crosswords, Sudoku, and spending time with her family and friends.

Mary passed away on Thursday, May 27, 2021, at the University of Minnesota Medical Center in Minnesota, at the age of 68 years.