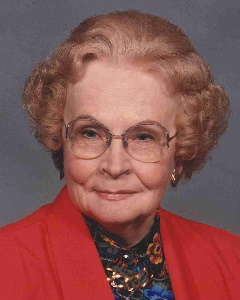 Milos Rose Greskovics was born on March 14, 1925, in Minneapolis, Minnesota. She was the daughter of Alfred and Anna (Lindberg) Bergren. Milos received her education at Roosevelt High School in Minneapolis.

On July 14, 1946, Milos was united in marriage to Stephen Greskovics at her grandparent’s home in Minneapolis. After their marriage, the couple resided in Minneapolis, Richfield, and Minnetonka. She was a loving mother and homemaker. Milos and Stephen were blessed with four children, David, Bette, Judy, and Sally.  They shared 32 years of marriage when Stephen passed away on January 25, 1979.

Milos was a member of the Minnetonka Lutheran Church in Minnetonka.