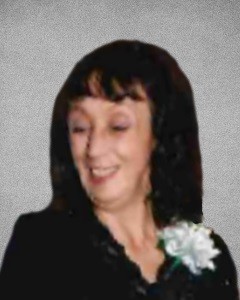 Memorial Services will be held Wednesday, April 12, 2017, 1:30 P.M. at the Dobratz-Hantge Funeral Chapel in Hutchinson. Interment will be held at a later date in the Oakland Cemetery.

A gathering of family and friends will be held one hour prior to the service at the Dobratz-Hantge Funeral Chapel in Hutchinson on Wednesday.

Nora Arlene Fischer was born on January 17, 1964, in Olivia, Minnesota. She was the daughter of Clareance and Ruth (Ashton) Fischer. She attended Lake Lillian High School, and received her GED.

Nora was blessed with three children, Amanda, DeDra, and Chistopher.

Nora was employed as a nursing assistant at Cedar Crest in Cosmos and also was a factory worker at Agrimaster in Cosmos.

Nora enjoyed horses, singing, dancing, and watching the Wheel of Fortune on television. She especially enjoyed spending time with her family, grandchildren and friends.

Nora is preceded in death by her Father, Clareance Fischer and her Brother, Wayne Fischer.