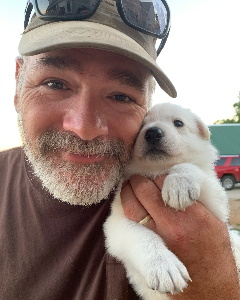 Raymond “Ray” Ronald Kubista was born on February 7, 1967, in Owatonna, Minnesota. He was the son of David and Florence (Mittelstadt) Kubista. Ray was baptized as an infant and later confirmed as a youth both at Sacred Heart Catholic Church in Owatonna, MN. He received his education in Owatonna, Minnesota, and was a graduate of the Owatonna High School class of 1985. Ray continued his education at Hutchinson Technical College in Hutchinson, MN studying Dairy Herd Management. He worked for John and Bonnie Mohr as a Dairy Herdsman for 8 years.

Ray was united in marriage to Tabatha Voracek on October 12, 1991, at the Cathedral - Our Merciful Savior Church in Faribault, Minnesota. Their marriage was blessed with a daughter, Alexis Ann Marie Kubista.

Dairy Farming was his passion and was something he could talk about all day. He passed this passion on to his daughter and they spent many hours with the cows and discussing the cows. Ray cherished the time he spent with his daughter, Alexis. He enjoyed watching her trap shoot especially watching her shoot doubles which was his favorite. He was a proud Dad. In his downtime, he enjoyed bowling and watching sports. Ray also loved to goof around, it was not uncommon for him to do silly things to make you laugh, at home, at the store, etc. Fortunately, many of these things were caught on camera.