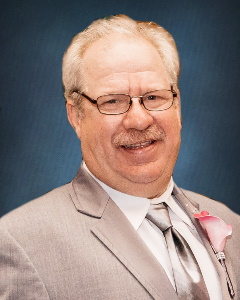 Funeral Service will be held on Monday, October 18, 2021, at 11:00 A.M. at St. Paul’s Lutheran Church in Stewart with interment in the church cemetery.

Scott Edward Markgraf was born on January 19, 1958, in Hutchinson, Minnesota. He was the son of John Edward and Sylvia Mae (Klabunde) Markgraf. Scott was baptized as an infant and later confirmed in his faith as a youth, both at St. Paul’s Lutheran Church in Stewart, Minnesota. He received his education in Stewart and was a graduate with the Stewart High School class of 1976. He then began farming right out of high school, worked in construction for about eight years. Scott later became a maintenance worker for the City of Stewart over the last almost 9 years.

Scott was a longtime resident of Stewart and worked as a maintenance supervisor for the city. He was a member of St. Paul’s Lutheran Church in Stewart.

Scott, also known by many as “Maddog” enjoyed farming for the Klammer’s, Melberg’s, and Maiers Farms. He enjoyed watching the Minnesota Vikings every Sunday, going snowmobiling, playing buck at every family gathering, and going to the Arlington Raceway with his kids and friends. Scott never missed a sporting event for his kids and was always known as the loudest fan in the crowd. He especially enjoyed spending time with his grandchildren; giving them rides in the tractor and teaching them how to shoot BB guns.

Scott is preceded in death by his Father, John Markgraf; Grandparents, John Sr. and Elizabeth Markgraf, Otto and Minnie Klabunde.