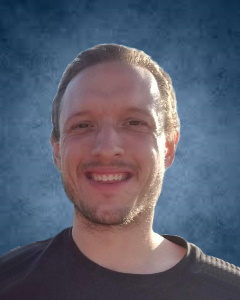 Mass of Christian Burial will be held on Monday, September 26, 2022, at 11:00 A.M. at St. Anastasia Catholic Church in Hutchinson, Minnesota, with interment in the church cemetery.

Visitation will be held Sunday, September 25, 2022, from 5:00-8:00 P.M. with Parish Prayers beginning at 6:00 P.M. at Dobratz-Hantge Funeral Chapel in Hutchinson. Visitation will continue one hour prior to the service at St. Anastasia Catholic Church.

Todd Christian Emerald Givens was born on January 26, 1988, at Rice Memorial Hospital in Willmar, Minnesota. He was the son of Ronald and Mary (Odegaard) Givens. Todd was a delightful and smart boy. He was very innovative, always designing and building something. Todd received his education in Hutchinson, Minnesota, and was a graduate of the Hutchinson High School Class of 2006. He furthered his education at Ridgewater College in Hutchinson where he received an Associate’s Degree in Computer Aided Design (CAD).

After graduating, Todd was employed at Warrior Manufacturing, Hutchinson Manufacturing, and currently Riteway Conveyors where he truly enjoyed his job and the people he worked with. He was an extremely hard worker who took pride in his work ethic.

Todd and Candice Schmidt have been together for 16 amazing years. During that time, Todd was blessed with three children, Devin, Henry, and William. Together they had four dogs (two Pomeranians, Kush and Zeppelin and two Newfoundland's, Blaze and Nova) that brought much joy to his life. Todd and Candice made their home in Hutchinson, Minnesota with their children.

Todd enjoyed spending his time by being with his family, camping, gardening, playing games, going on bike rides, skiing, listening to music, watching kids do their activities, going on walks, searching for agates, and reading books to the kids. His favorite ways to relax were by taking a nice, long, HOT bath and cuddling up with his family watching a kid’s movie. Todd was the most kind and loving person. He loved to talk to anyone and everyone, always helping anyone who needed it whether he knew them or not.

Devin would like everyone to know that her dad was a good gardener.
Henry thought his dad was a caring man.
William loved going on family vacations with his dad.

Todd passed away on Wednesday, September 21, 2022, at Hennepin County Medical Center in Minneapolis, Minnesota, at the age of 34 years.

Be at peace, you will always be loved.

Todd is preceded in death by his Father, Ronald Givens; Grandfather, Harold Odegaard.