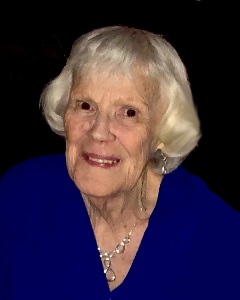 Vernita Messner, age 87, of Winthrop, passed away Saturday, January 1, 2022, at her home in Winthrop.

Memorial Service will be Tuesday, January 11, 2022, 10:00 A.M. at the Apostolic Christian Church with interment in the Winthrop Cemetery at a later date.

Vernita Laville Messner was born on July 21, 1934, in Alfsborg Township, Sibley County, Minnesota. She was the daughter of Hilding and Marion (Hall) Hagg. She received her education in Winthrop and was a graduate of the Winthrop High School Class of 1952.

On April 4, 1953, Vernita was united in marriage to Melvin Messner in Lafayette. After their marriage, the couple resided in Winthrop. Vernita was employed at a lab technician at MidAmerica. Vernita and Melvin were blessed with two daughters, Valleen and Vanna. They shared 61 years of marriage when Melvin passed away on November 17, 2014.

Vernita enjoyed volunteering at the Winthrop Good Samaritan Nursing home, helping the residents play Bingo before the Covid-19 pandemic. She enjoyed spending time in her garden. Vernita and Melvin loved collecting antiques, camping, and traveling with their grandkids in the RV. She was very proud that she was able to stay in her home of 60 years, and live her life to the fullest. She loved  the time she spent with her family and always looked forward to family gatherings.

Vernita passed away on Saturday, January 1, 2022, at her home in Winthrop at the age of 87 years. Blessed be her memory.

Vernita was preceded in death by her Parents, Hilding and Marion Hagg; Husband, Melvin Messner; Daughters, Valleen and Vanna.