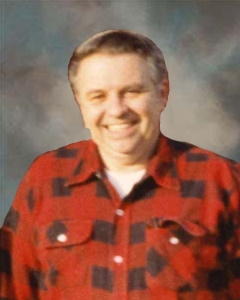 Funeral Service will be held on Thursday, May 26, 2022, at 11:00 A.M. at Dobratz-Hantge Funeral Chapel in Hutchinson, Minnesota, with interment in Oakland Cemetery in Hutchinson.

Visitation will be held one hour prior to the service.

On August 11, 1957, Warren was united in marriage to Constance Faith Klucas at Zion United Methodist Church in Buffalo Lake, Minnesota. This marriage was blessed with one son, Paul. Warren and Connie resided in Bird Island, Minnesota, and later moved to Bloomington, Minnesota. They shared 52 years of marriage.

As a youth, Warren trapped fur pelts and helped his grandfather with cemetery lawn mowing. Warren began his teaching career teaching 9th grade English and civics in Bird Island, Minnesota, and later taught 9th grade history, civics, and driver’s education in Wayzata, Minnesota. He retired in 1990. Warren volunteered for the Hennepin County Sheriff’s Emergency Squad for 18 years. He was also a member of Minnesota Drivers Education Association. Warren was a volunteer fire fighter in Bird Island. He was a Minnesota Rescue Instructor with the Minnesota Rescue and First Aid Association and taught CPR for different fire departments and ski patrols for many years.

Warren enjoyed traveling, fishing, hunting, working on his Model A and LaFrance fire truck, collecting fire trucks and toy trains. He played snare drum in Bud’s Accordion Band, which played polka and old-time music. Warren had a passion for photography and was in many camera clubs. He especially enjoyed spending time with his family, grandson, Sean, great-grandchildren, and friends.

Warren passed away on Sunday, May 22, 2022, at Prairie Bluffs Senior Living Center in Eden Prairie, Minnesota, at the age of 86 years.

Warren is preceded in death by his Parents, Walter and Adeline DeMuth; Wife, Constance DeMuth.