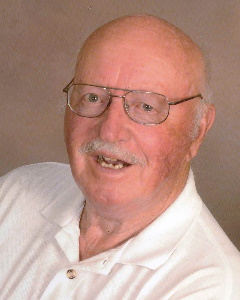 Memorial Service will be held on Tuesday, May 3, 2022, at 11:00 A.M. at Immanuel Lutheran Church in Brownton, Minnesota, with interment in High Island Cemetery in New Auburn, Minnesota.

Visitation will be held on Monday, May 2, 2022 from 5:00 - 7:00 P.M. at Dobratz-Hantge Funeral Chapel in Hutchinson, Minnesota, and will continue one hour prior to the service at the church.

Wayne Merlin Rischmiller was born on February 11, 1939, in New Auburn, Minnesota. He was the son of Harold and Gertrude (Hahn) Rischmiller. Wayne was baptized as an infant on February 26, 1939, and later confirmed in his faith as a youth on April 24, 1952, both at Immanuel Lutheran Church in New Auburn. He received his education in Glencoe, Minnesota, and was a graduate with the Glencoe High School class of 1957.

Wayne entered active military service in the United States Marines on September 17, 1956, at Minneapolis, Minnesota. He received an Honorable Discharge on September 16, 1958, at Great Lakes, Illinois, and achieved the rank of Corporal.

On May 17, 1961, Wayne was united in marriage to Mavis Lena Klukas at St. Paul’s Lutheran Church in Gaylord, Minnesota. This marriage was blessed with two sons, Kurt and Daniel. Wayne and Mavis made their home in New Auburn for 11 years, before moving to Collins Township, McLeod County, where they farmed west of Lake Marion. They shared 40 years of marriage before the passing of Mavis on October 2, 2001.

Wayne was employed as a production scheduler at Minnesota Mining and Manufacturing in Hutchinson. He retired in December 31, 1996.

Wayne passed away on Thursday, April 28, 2022, at Willows Landing Senior Living in Monticello, Minnesota, at the age of 83 years.